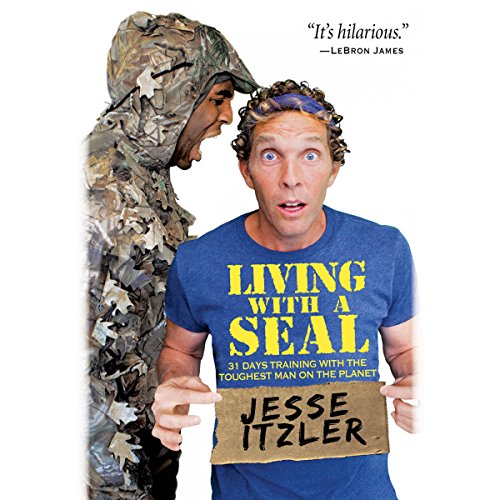 Living with a SEAL: 31 Days Training with the Toughest Man on the Planet

Entrepreneur Jesse Itzler will try almost anything. He brazenly pretended to be an established hip-hop artist to secure a meeting with a studio head – and it led to a record deal. He convinced a bunch successful business executives to invest in an unprecedented business plan – and it turned into Marquis Jet. He sincerely offered to run a 100-mile race in Spanx to get the attention of the beautiful founder of the company – and ended up marrying her.

His life is about being bold and risky. And it’s brought him plenty of rewards.

So when Jesse felt himself drifting on autopilot, he hired a rather unconventional trainer to live with him for a month – an accomplished Navy SEAL widely considered to be “the toughest man on the planet”!

Living with a SEAL is like a buddy movie if it starred the Fresh Prince of Bel-Air…and Rambo. Jesse is about as easy-oing as you can get. SEAL is…not. He even shows up at Jesse’s apartment with an inflatable raft just in case the Itzler family ever has to escape Manhattan by crossing the Hudson River.

Jesse and SEAL’s escapades soon produce a great friendship, and by the time SEAL leaves, Jesse is in the best shape of his life, but he gains much more than muscle. At turns hilarious and inspiring, Living with a SEAL ultimately shows you the benefits of stepping out of your comfort zone.